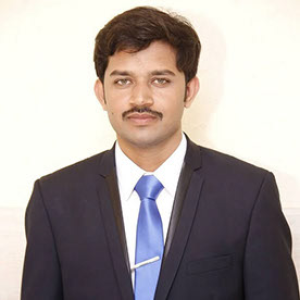 It’s been great to see celebrities’ children grow up from babies to teenagers to adults.

Roan Bronstein, who was born in 2000, accompanied his mother Sharon Stone at the 27th amfAR Gala during the Cannes Film Festival in July 2021. His father is her second husband, former newspaper editor Phil Bronstein (their divorce was finalized in 2004).

Sharon also has two younger kids, Quinn and Laird, whom she adopted in 2005. (whom she adopted in 2006). Julia Roberts and her husband Danny Moder, a cinematographer attended the “Kelly Slater, John Moore, and Friends Celebrate the Launch of Outerknown” event on Aug.29, 2015, in Malibu, with their children, twins Phinnaeus and Hazel (then 10) and son Henry (then 8).

Val Kilmer and Joanne Whalley, co-stars in “Top Gun” and “Batman Forever,” had two children during their marriage, which terminated in the mid-’90s. In March 2008, Val took Mercedes, then 16, and Jack, then 12, to a Los Angeles Lakers NBA game. Continue reading to view them now.

On July 7, 2021, ack Kilmer (born in 1995) and Mercedes Kilmer (born in 1991) attend a 74th Cannes Film Festival photocall for “Val,” a documentary on their father, Val Kilmer. Val’s daughters with British actress Joanne Whalley, who are also actors, worked as producers.

Jennifer Grey and her then-husband Clark Gregg, who’d just begun his career as Agent Coulson in the Marvel Cinematic Universe with an appearance in 2008’s “Iron Man,” took their 7-year-old daughter Stella to the P.S. Arts Express Yourself event on Nov. 15, 2009, in Santa Monica, California.

Jennifer Gray and Clark Gregg, get divorced in 2020 after 19 years of marriage. Invited Stella Gregg, to the “Black Widow” world premiere fan event on June 29, 2021, at the Dolby Theatre in Los Angeles.

Maddox Jolie-Pitt with his mother Angelina Jolie in July 2003, a few weeks before his 2nd birthday. He was adopted from a Cambodian orphanage in March 2002. Brad Pitt, his father, adopted him in early 2006.

Maddox Jolie-Pitt, who was born in 2001, has already followed in the footsteps of his parents. He played an unnoticed zombie in Brad’s “World War Z,” served as a production assistant on Brad and Angelina’s “By the Sea,” and assisted Angelina with research for the Cambodia-set “First They Killed My Father,” the Netflix film she directed, earning a producer credit. In October 2019, he was seen with his mother at the Tokyo premiere of her film “Maleficent: Mistress of Evil,” just a few months after he left the nest and began college at Yonsei University in Seoul, South Korea.

Harry Hamlin and Swedish actress Ursula Andress had a son, Dimitri, while co-starring in “Clash of the Titans.” On Aug. 1, 1993, when Dimitri was 13, the “Mad Men” star and his kid were photographed in Malibu.

On May 18, 2006, Dimitri Hamlin, who was born in 1980 and has worked as an actor and model. He was all grown up when he joined his parents, Harry Hamlin and Ursula Andress. They split in the early 1980s, at a 70th birthday party on The Royal Yacht Britannia in Edinburgh, Scotland.

On Nov. 30, 2007, Harry Hamlin and his wife Lisa Rinna attended a teen center launch in Malibu. They brought their daughters Amelia Gray (then 6) and Delilah Bella (then 9). Since then, a lot has changed.

On Dec. 13, 2006, Sylvester Stallone attended the global premiere of his film “Rocky Balboa” with his wife Jennifer Flavin and daughters Sistine Rose Stallone, Sophia Rose Stallone, and Scarlet Rose Stallone. Take a look at how these gorgeous girls they’ve grown up.

We got to witness Paris Jackson grow up despite Michael Jackson masking his children’s faces when they were small. But Paris, as seen here in 2011, is no longer a child!

Paris Jackson, who was born in 1998, has gone through a lot since dad Michael Jackson died in 2009. In recent years she has pursued acting and music with her band, The Sunflowers. She had her debut television appearance in 2016 on the show “Star.” Paris has built a name for itself in the modeling industry. But it was not all happy times. In 2013 she openly fought for problems of mental health and spent time for treatment in a residential center. She stated in 2016 that she was going to Alcoholics Anonymous sessions. She’s been upfront about the significance of managing her emotional health in recent years.

Lily-Rose Depp, the daughter of actor Johnny Depp and singer Vanessa Paradis, grew up in France and Los Angeles.

Lily-Rose Depp made her modeling debut in 2015, but 2016 was her breakthrough year. She acted in a few films, including “Yoga Hosers,” which she co-starred in with her father, Johnny Depp, as well as “Planetarium” and “The Dancer.” She’s also modeled for Self-Evident Truths, an LGBTQ initiative that aims to profile 10,000 Americans who don’t identify as 100% straight. Lily-Rose, who was born in 1999, was featured in a Chanel modeling campaign in 2017. She made news in late 2018 for her love life rather than her acting when she was spotted kissing a new guy, her “The King” co-star Timothee Chalamet.

Lourdes Leon is the daughter of Madonna’s longtime trainer, Carlos Leon. She was born in 1996 and has decided to follow in her mother’s footsteps. She attended college! Madonna’s alma mater, the University of Michigan, is where the ambitious model was born.

That isn’t to say Lola has shied away from the limelight. she was the face of Stella McCartney’s POP perfume campaign, and she and her mother co-own the Material Girl clothing company.

At the age of eight, Aden Smith shot to popularity when he co-starred in the 2006 film “The Pursuit of Happyness” with his father, Will Smith.

Jaden Smith has continued his acting career, playing with his father in “After Earth” in 2013, “The Day the Earth Stood Still” in 2008, and “The Karate Kid” in 2010. Jaden, who was born in the year 1998, also has his own brand of clothes. He dated model Odessa Adlon and was previously linked to Kylie Jenner. After divorcing Sarah Snyder in early 2017, he claimed Tyler, the Creator was his boyfriend in late 2018.